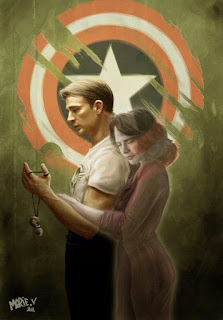 The Cap takes his one way ticket with Iron Man to WWII days and looking for PYM particles. In the process he meets his love his life Peggy Carter.

Though she was within his reach Cap did not reach her, or try to do something through that let her knew his presence. If he did that the timeline will split and lead to further consequences. Cap's pained longing look at Pggy, who was busy with her work is really reaching literary standards. 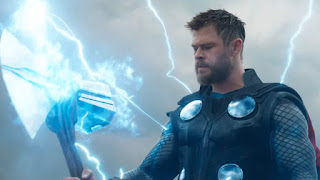 The God of thunder, Thor had a poignant scene too, as he was sneaking inside the Asgardian palace, he meets his mom, Queen Frigga and melts down. In a very strange twist Frigga knew the presence of Thor and she gives him a pep talk, she very plainly tells him that she knew he was from the future. In a very short span she puts Thor back into his track, and literally revives him as a hero. This one the moments of Endgame, where the needles of the emotional meters stuck on high. 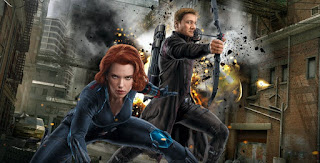 One of the most poignant moments of Endgame is the struggle between Black Widow and Hawk eye. On the move to collect the soul stone one has to sacrifice his beloved's life. In this process Black widow immobilizes Hawkeye and tries to sacrifice herself, but Hawkeye blasts an arrow and jumped down, even after he jumped Black Widow captures him in the mid air and nails him to the rock and sacrifice herself.

Fans will never forget the struggle, for it has reached epic standards. 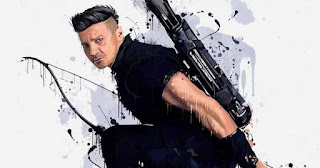 As the test subject Hawkeye volunteered to check the prospects of time heist device. He reached his home and becomes emotionally unstable at the sight of the sports gloves of his children. He shouts her name and rushed into his home, at the exact moment he was pulled back to the actual timeline of the Endgame.

These kind emotional treatment are really seminal to the movie.

As Cap was looking at his love of his life, Tony bumped upon Howard Stark, his father. Howard tells him he is looking for professor Zola, and their conversation reveals that Howard's wife was expecting. Howard sought Tony for advice on how to handle the situation. Tony realizes that his father is talking about his own birth, becomes very emotional and gives his dad reassuring words and takes leave. Sadly enough after a couple of minutes Tony meets his destiny and bids farewell to the MCU.

These emotionally packed scenes of Endgame will make it an unforgettable movie.