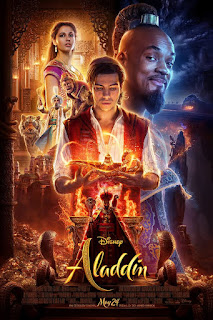 A Guy Ritchie  live action animation which has stormed the theatres world around and grossing millions in the box office.

My elder daughter made me promise that I would take her to this movie, but I was caught up in training programmes. The movie had already been running for more than 5 days in the local theatre, I was not sure that if they would run the movie for few more days. My body was experiencing the toll of an unscheduled travel, but a promise is a promise, isn’t?

I had reserved few seats in the box, with all the kids especially the little one Pradanya, my niece. I did not expect much from a gene movie, and started watching the flick with little interest.

I was in fact going through my phone gallery while the initial portion of the movie, what arrested my attention was the way the camera follows Aladdin across the narrow lanes of the city. Wow what a stunt, especially the way Mena Masood press his body within a narrow ally and rotates his body way down  to the ally was indeed a visual treat.

Naomi Scott  who played the role of Princes Jasmine was the great choice indeed, luckily my wife sat few seats apart, otherwise I would have received few marks on my body for the way I watched Naomi with a sagged jaw! Apart from the stardom of Will Smith, Naomi’s screen presence made the movie a delight to watch.

Will Smith was one my wild favorite stars, Independence Day, Bad Boys, After Earth and In Pursuit of Happiness and Hancock were my favorite movies indeed.  But can you expect a mega star like Will Smith to play the role of a Genie, it was in fact out of question, most of our actors would never dare.  But Smith had given his best performance, the way he danced in the movie was chanceless.
The plot was very simple, Princes  Jasmine wanted to rule her kingdom after his father, but it was forbidden for girls to rule the kingdom, The good hearted Sultan had a very bad advisor, Jaffer who was plotting to usurp the throne and to wage war with the neighboring kingdoms and to enlarge the kingdom.   He had a loyal parrot to assist him.

Jasmin as predicted run into low time thief Aladdin, both had fallen into love, and the Genie from a lamp came into help them.

The way Will Smith danced in this film is really inspiring and Disney had proved it yet again that Its movies would be family package would attract younger audience. Will had chosen the movie wisely that the younger audience, especially the children would love the genie and would be his fans for at least two decades. A wise choice indeed.

Technological advancements have made this movie into a complete visual treat, the VFX, CG and Live Action Animation technique used in this movie is awe inspiring.  I regretted to watch the movie in dubbed version, If I had known that this is a musical I would have gone for original version. Alan Menken had given wonderful music for the lyrics and  they give you a surreal experience. The cinematographer Alan Stewart’s work is laudable.

The presence of the animals in the movie will be cherished by the kids, ostriches, camels, elephants, birds, tiger, parrot and the little monkey Abu will be enjoyed by the kids. This Ramadan is Disney Ramadan indeed.

By the way who is Micheal Wilkinson, the costume he designed are show stopper kind.

In the end of the movie there is a song with terrific choreography, my five year old nice sprang to her legs and started dancing, in fact her mood sustained until we reached home, the danced all the way home, I kept switching the songs and she moved for all the songs I switched, this is what a movie can do to you, it can literally cast a spell!

Thank you Disney !
Don’t miss it!
By
Krs 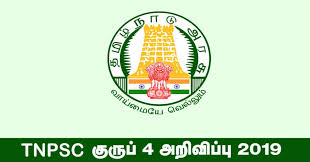