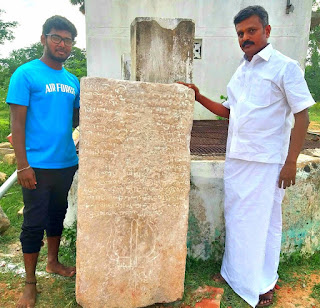 Testing times, hard days brings out the best in us, some times it is the other way round. Manikandan is a graduate teacher of science at Government Boys Higher Secondary School, Gandarvakottai village, Karambakkudi Taluk, Pudukkottai. He is popular for his uncompromising stand for the welfare of the teachers, he is one of the leaders of Jacto-Geo, fighting  in the front line, and he had been jailed for his stand.
He is very popular in another aspect too, he discovers stone inscriptions, and Tamil Milestones around Pudukkottai district. He is now a research scholar of the Tamil University, Tanjore. He is  also one of the key functionaries of TAMS(Tamil Nadu Asiriyar Munetra Sangam) serving as a state co coordinator.  During Gaja cyclone he served for the afflicted, collected materials worth twenty lakhs and above, he reached almost all the nook and cranny of the Gandarvakottai Taluk. 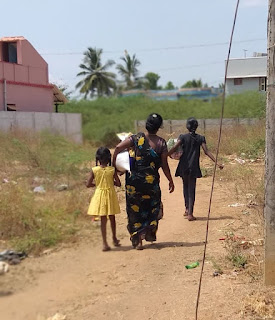 During the Covid-19 he followed a different strategy to  help out, he listed out the most afflicted persons around and sent out word that they may get some assistance if they reach his home. Almost all the listed out people reached his home and received rice bags and grocery items. 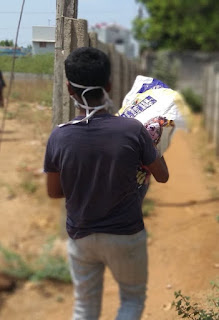 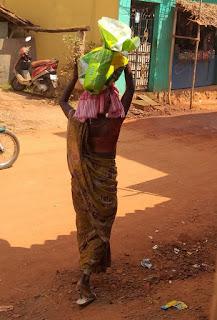 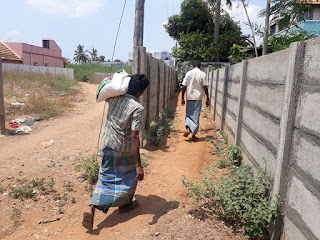 He carried out the entire operations with his own funds, that matters.
Covid-19