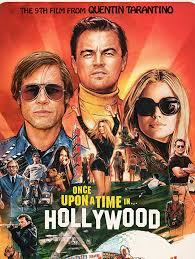 When you deal with a movie which depicts actual events the rule is to follow them to a near perfect precision. Once upon a time in Hollywood is a blockbuster movie from the legendary filmmaker Quentin Tarantino, a true crime horror has defied this rule.
As usual Quentin  bends the facts to his will, to his pleasure. The core of the movie is to focus the gruesome murder of an actor who was eight and half month into her pregnancy.  If you watch the movie you would wonder how the fact is underplayed and inverted by the filmmaker.
No body will believe it is a story of Sharon Tate, the 2020 audience may be proud of Cliff Booth (Brad Pitt) bouncing off Bruce Lee, the very strange relationship between a washed up actor with his stunt double.
The movie is dominated by two of the huge stars, Brad Pitt and Leonardo DiCaprio, both had taken their roles to the pinnacle. Leo had played  as Rick Dalton,  a falling star, as an actor who has lost his glorious days arouses a strange kind of pity in our minds, but his stunt double, Cliff Booth (Brad Pit) as usual plays a macho role, giving us unexpected thrills.
The entire movie is woven around these two characters, which is very odd, for Quentin actually was shooting the gruesome murder of Sharon Tate, an  actor, wife of the legendary director, Roman Polanski.
I wish I should stop a fan who is just back from the theater, and tell him this is a movie about Saharan Tate, he will be bewildered, he may even ask "where is she in the movie?"
2020's audience are taken away by the wonderful performance of Leo and Brad Pit, and fail to notice the tale of Sharon Tate and her murder.
I was surprised at the presentation style of Quentin, until he discloses his original idea.
He tells that after a very demanding research he found Sharon Tate  to be a gentle human being. So that he had decided to let her live in his version of her biography!
The true incident was very horrifying and brutal, committed by people who fit to rot in hell for eternity. The murderers known as The Manson family spent their entire lives in prison.  Led by Charles Manson the group of hippies called themselves The Manson Family, and believed that their leader was the reincarnation of Jesus Christ!
Can We forgive Quentin Tarantino for flipping the truth?
Everybody knew about the Manson Family murders, for it has been written into a book and sold more than seven million copies. Everybody was so remorseful at the most untimely death of Sharon Tate, that too when she was in the family way.
But Quentin had very strange ideas, taking an artist's liberty he allowed Sharon Tate to live and prosper. It is in fact very poetic, to extend the life span of the lovable person who had met a horrible end in reality. At the same time Quentin's characters Rick Dalton and Cliff Booth kills the murderers, while Cliff's dog tore up on of the murderers, Cliff bangs the other women several times and pass out.
The third murderer was torched by a flame thrower by Rick Dalton. These depictions just give us an odd satisfaction. A complete inversion of true incident, the murdered live, and murderers are given a very horrible punishment by the writer, director.
I would state that Once Upon a Time in Hollywood is one of the best films, for this kind approach.  It is a something like an impossible dream, to enliven a slain person in the movie is really  appreciable, it really has a philosophical tone!
Quentin had proved his mettle yet again...really have no words to express the feeling on the way he had treated the truth, and reversed it. In a sense he has attained a divinely superior state!
- Kasthuri Rengan 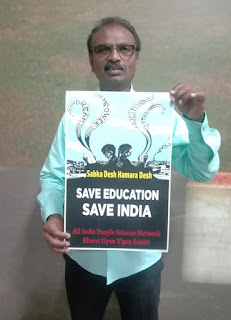